Defining "religious exercise" under RLUIPA - Rluipa Skip to the content 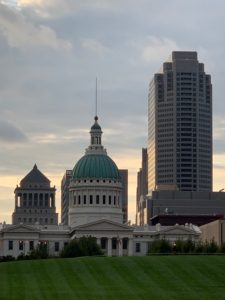 Today we had the opportunity to argue the parameters of RLUIPA before the Eighth Circuit Court of Appeals in St. Louis, Missouri in the case of St. John Vianney High School v. City of Kirkwood, Missouri.  In this case, the City of Kirkwood approved the renovation of an athletic field for the High School on its campus and the installation of new lights for the baseball diamond. Based on the approval, the school purchased and installed the lights, which cost close to $300,000, and began scheduling the field for use in the evenings for baseball, lacrosse, ultimate frisbee and other sports.

One neighbor complained, the City “investigated” the complaint and concluded that the athletic field lights that they had previously approved could be in violation of a local ordinance with respect to “light spillage,” on adjoining properties.  The school made several attempts to mitigate the issue, yet the one neighbor was not satisfied unless the lights came down. As a result, the City ordered the lights to remain off. When the School “fixed” the problem, the City amended its zoning ordinance to make sure that the School could never resolve the lighting issues. At the same time,  the City took no action action against the public High School who installed similar lights at their athletic field and had identical neighborhood complaints.

At issue before the Court was whether the use of the athletic field is a “religious exercise” of the all boys high school. The question was really  how do the men of Vianney encounter God on the athletic field.

The record was clear that the Vianney students play sports with secular students and demonstrate His presence through our actions on & off the field.  While religious parents will bring in their children to religious schools, attracting non/religious kids through athletics is key to satisfy part of the mission of the school to reach the world.

The Court inquired of why athletics was so important to the religious nature of the school, and the answer is simply, everything they do is for religious exercise: whether it is science, math or athletics, religious activity is taught and encouraged.

The facts in the record supported the claim of religious exercise, including:

The Court took the matter under advisement and will issuing a written opinion within the next several months addressing this issue. We look forward to continuing to work with our friends at St. John Vianney so that the athletic fields can be used for all of its intended purposes.

This will be the first decision out of the Eighth Circuit Court of Appeals addressing the land use and zoning part of RLUIPA.  Therefore, we anticipate that it will be several months before we have a published decision.

If your school has religious land use, please contact the professionals at Dalton & Tomich PLC to help guide you through the planning and litigation process.