Attorneys Specializing in
Land Use and Business Law

More liquor licenses could be coming to Detroit, but getting one may still be complicated 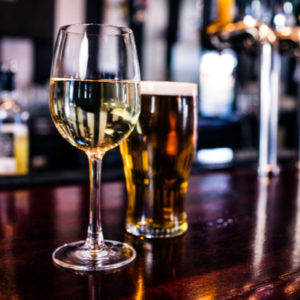 A total of 63 new Detroit liquor licenses could be issued, according to a recent article by Crain’s Detroit Business. I had the pleasure of chatting with reporter Kurt Nagl about the development.

The news this week was that the Detroit City Council had referred to the Planning and Economic Development Committee a review of a resolution allowing 20 Detroit businesses to secure special licenses to sell alcohol for on-premises consumption. The article notes the total could climb to 63, with more issued every three years, if approved by the State.

Nagl explains some of the criteria on which the initial 20 businesses were selected:

To be eligible for the redevelopment license, a business must be “engaged in dining, entertainment or recreation” with seating for at least 25 people and open to the general public at least 10 hours per day for five days per week, according to the MEDC. In addition, it must have spent $75,000 or more on the rehabilitation of the building where it will do business in the five years before the license is issued. A total of at least $200,000 must also have been invested in the past five years in the district where the business plans to operate.

The new licenses will be classified as “redevelopment liquor licenses” and will cost about a fourth of the going rate of a Class C liquor license, the most common and sought after classification of licenses in Detroit. As I told Crain’s, the market rate varies from around $70,000 to $100,000 for a Detroit liquor license, depending on the neighborhood.

Securing a liquor license is often one of the most challenging components of a plan to open a new bar or restaurant in Detroit. Those looking to secure a liquor license for a Detroit restaurant or bar can explore the option to purchase one from an existing license holder, or one held in escrow. This can be a complicated process that requires professional legal counsel. The same is true for those looking to sell or transfer an existing license.

I have assisted many Detroit restaurants and bars with issues related to liquor licenses and would be happy to discuss the matter with you if you have an interest in buying, selling or transferring one.

Is your attorney doing everything they can for your business?

There are 10 things your attorney should be doing to help you succeed. If yours isn’t doing them, it may be time for a new attorney.

For blogs, videos and additional information to help your business thrive in Detroit or elsewhere in Michigan, visit the Dalton & Tomich, PLC business resources page.

The attorneys of Dalton & Tomich, PLC have the experience and the knowledge to work with you to develop a legal solution that helps accomplish your goals. Our collaborative approach has helped leaders like you grow businesses and banks, develop and expand churches, and build nonprofit organizations nationwide.

In my role as Administrative Bishop for the Church of God, quite often we are faced with issues that involve local governments and municipalities. Many of these issues that arise in dealing with entities are land use related. I have found Dalton & Tomich’s experience and expertise in this area to be a valuable resource and asset in every situation.

Never one time during a year-long litigation process did Dalton & Tomich demonstrate anything other than Christ-like professionalism. They managed the legal details, while we continued to do church. How they managed themselves, managed our case, and represented our church set the table for me and our church to be where we are today.

Dalton & Tomich’s expertise and experience helped us through a very difficult legal journey, ultimately achieving a favorable outcome. Their personal interest in helping us went “above and beyond” just the call of duty.